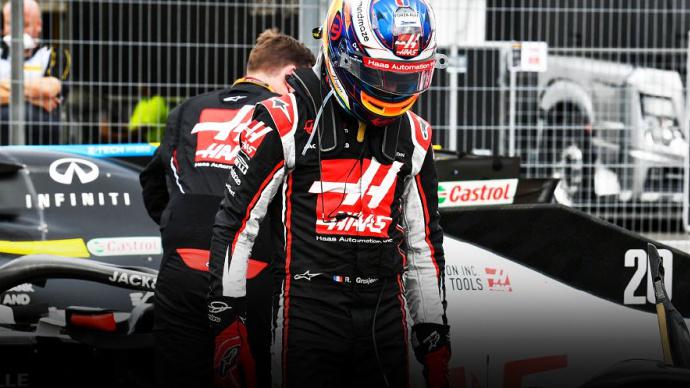 Haas team leader Sternell hinted that the outbreak of French driver Grosjean during the Russian Grand Prix may endanger his driver's seat next season. The Haas team is one of the three teams that have not yet determined their drivers for next season. The other two are Alfa Romeo and Red Bull. Sternell recently stated that there is a long list of driver candidates for the Haas team.

Sternell was concerned that Grosjean’s communication with the team might cause the French driver to withdraw from the race for the driver’s seat. Grosjean signed a five-year contract with the Haas team. This is the last year.

Grosjean is currently without a point and is at the bottom of the drivers' standings. At the Russian Grand Prix, he told the team: "I can't do anything with this car" and also said that "he has had enough of the status quo."

Asked how to evaluate these remarks, Sternell said, "I guess this is not only for the team, but also for you (media). He also sympathizes with you and allows you to do something, so that I You can do less.

He wanted to be nice to me and let me do less, so he expressed it directly through TR, (thinking) that I could do less. If he wants to help me, I think it will help us to choose a driver," Sternell said.

Sternell has always been open to criticism within the team. Although he disagrees with Grosjean’s personal remarks, he also admitted that the criticism within the team is gradually disappearing. "It didn't take long for these voices to become clichés. We know that it is wrong to say that. I am always honest with the media when it comes to issues within the team. We are not happy with the status quo, and we don't want to hide anything. It's like The drivers think that this is the right thing to do, and then the team should do what they want."